There is, I think, a fine line between being brave and foolhardy, determined and bloody-minded. For better or worse, perhaps they are all necessary character traits to build a business and to succeed with spirits. There is, after all, a lot to get right when you launch a new gin: the branding; the bottle; the marketing; and the product itself of course. JJ Lawrence certainly got his teeth stuck in when he decided three years ago to follow his passion and produce a new luxury British gin and he didn’t let anything stand in his way.

JJ Lawrence was determined that this new gin, made by The Shropshire Gin Company in collaboration with Alcohols LTD, be called Tiger Gin (though quite why remains unclear). However, Heineken Asia Pacific PTE challenged Lawrence’s trademark application, claiming it was too similar to that of Tiger Beer. Most people would have backed down in the face of such opposition from a multi-billion-pound global empire but not Lawrence. Despite his wife’s protestations, he decided to stand up to one of the world’s biggest drinks brands. Brave or bloody-minded, Lawrence appointed a top London trademark attorney for two years, and then a trademark barrister to make his defence in court, and, against the odds, he won!

The branding and bottle reflect Lawrence’s desire to produce a luxury spirit. The label, though relatively small, is bold and striking in black and silver. There is no tiger featured on the bottle but an ornate gilt frame surrounding the words “Tiger Premium Gin” with “No. 1” prominent below. It is simple but smart. An understated but confident look. 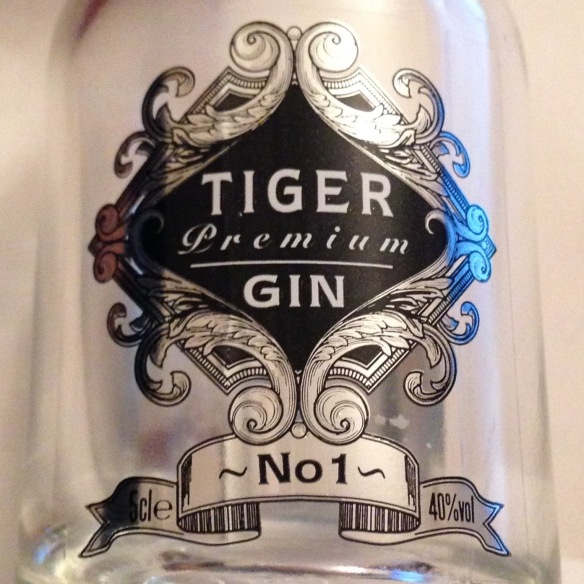 It would appear The Shropshire Gin Company have got their marketing sorted too with over 65,000 followers on social media. Everyone is talking about Tiger Gin; if they haven’t yet tried it, they want to. And with good reason; Tiger Gin was awarded Silver at the International Spirits Challenge 2016 and in the Ultra Premium category of The Gin Masters 2016. Indeed there is a veritable ambush of Tigers (as Lawrence likes to greet his followers) on Twitter singing its praises. Sadly, I won’t be joining them.

Tiger Gin has a fairly traditional list of botanicals – albeit sourced from all around the world – including juniper, coriander, lemon and orange peel, liquorice root, nutmeg, cinnamon and two secret ingredients. On the nose, I got juniper but little else. I then tasted Tiger Gin both neat and mixed 50/50 with water (as recommended by the chaps at Sipsmith) which is supposed to reveal the gin’s qualities and flaws. Juniper dominated my palate, with a hint of citrus followed by a slightly sweet finish. I then also tried Tiger Gin with Fever-Tree Indian Tonic Water and an orange garnish. The gin is quite smooth and, while not unpleasant, it simply didn’t blow me away. There is nothing particularly distinctive about Tiger and I missed the bitterness that I associate with gin.

They say if you don’t like gin, you just haven’t tried enough to find the right one. Perhaps the reverse is also true; even if you love gin, try enough and you might eventually find one that isn’t for you! I love all gin and Tiger Gin is, it seems, the exception that proves the rule. 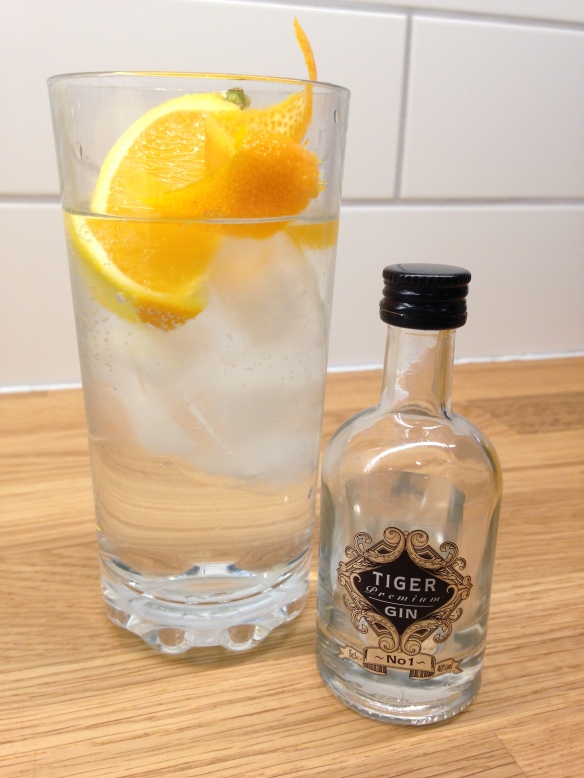 Tiger Gin costs £37 and is available to purchase from Gin Festival and Master of Malt.

With thanks to Tiger Gin for sending me a Tiger Cub (5cl bottle) to review.