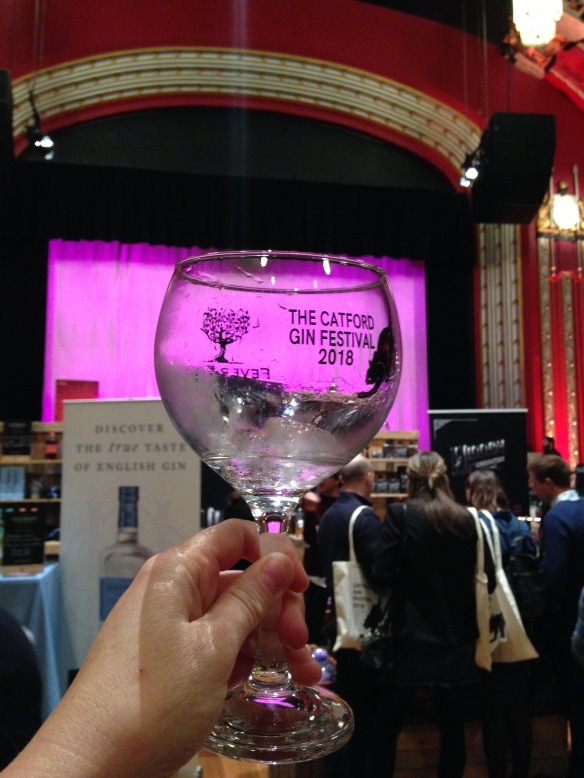 We were promised bigger and better at Catford Gin Festival this year and it certainly did not disappoint! It’s a measure of how much Team Catford value this small but perfectly formed event in their efforts to drive regeneration that, in the space of a year, the festival has moved from 2017’s empty retail unit down the road, to the Art Deco grandeur of Catford’s Broadway Theatre. With the imposing venue came higher ticket prices but, with a brochure, copa de balon glass and tote bag for every attendee as well as free tasters of all the gins available, it still offered excellent value for money. Especially with such an impressive line-up!

There were returning veterans from last year – including HMS Spirits, Colonsay, Old Bakery and, of course, Tom Cat Six Gin (albeit with a new, hotter recipe) – as well as a number of familiar faces from Boatyard, Cuckoo, Griffiths Brothers, Hidden Curiosities, Sacred and Twelve Keys. And there was even veritable gin royalty in the form of Hayman’s Gin! 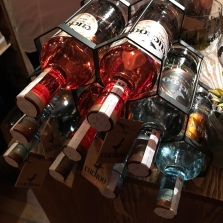 Better still, there were lots of exciting new brands too. New even to an old-timer such as me!  Surrey’s Sherlock & Sons really stood out with its stunning bottle and embossed labels. Then there was Unit Six‘s clean, unassuming look (and nose) which belies the complex and unusual cold-vacuum distilled spirit within. It even features freesias (yes, the flowers!) among its six botanicals. And it is simply impossible not to be impressed by Fatty’s commitment to producing a 100% certified organic gin; even the striking green bottles are sprayed with organic ink! 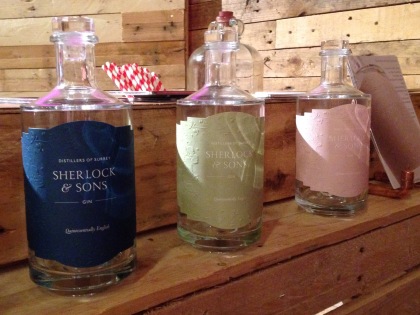 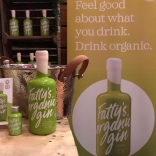 And then there were my stand-out gins. I, along with everyone I’ve met, have been blown away by Brentingby‘s first gin, produced in collaboration between South Africans Bruce and Sian Midgley and none other than Mr Tanqueray Ten himself, Tom Nichol! Bruce and Sian brought not only that spirit but also their brand new pink gin to Catford. Distilled with rooibos tea and baobab, and coloured with hibiscus, this is not the stuff of sugary pink nightmares, but an excellent dry gin in its own right.

Fellow newcomers Corner 53 brought with them three remarkable new-age gins. Despite the best efforts of Tom Rudman, their fabulous founder,  I am still feeling somewhat befuddled by botanicals such as butternut squash, shiitake mushrooms and sun-dried tomatoes. But I tell you what, their gins taste absolutely amazing, particularly the Umami with all those unusual ingredients. Produced in the shed that Tom’s father built at the end of the garden of their family home (number 53, on the corner) this is another labour of love and a real family affair. We better just hope his parents don’t decide they want Tom to move out anytime too soon!

Talking of long-suffering mothers, I’m not sure I’ve met a grandmother who works harder than Sue does for her son Steve Tapril of Tappers Gin! And, like so many of the distillers at Catford, these guys take no shortcuts either. Their incredible chocolately limited edition Eggcentric Gin really impressed me, but my pick of the bunch has to be their signature gin; Darkside. Featuring black cardamom, foraged sea beet, red clover, chickweed and plenty of juniper, which also lends the gin a dark golden colour, this might divide the crowd but it’s certainly won me over.

And I cannot finish without mentioning lovely Turncoat Terry (another man who makes his gin far more complicated than it need be; he blames his years working in beer!). Having introduced his London Dry and Cascade Gins to Catford last year, Terry returned with not one, not two but three more gins this year! The citrusy Our Man in Sicily; the delicate and floral Dragon Tears (featuring the top buds of the jasmine tea plant) and my personal favourite (up there with their Cascade) the spicy Bold St. Chai Gin produced in collaboration with Liverpool’s independent teashop, Leaf, and featuring chai leaf, ginger and cubeb berries.

With great food (including excellent vegan options), long drinks available from every distiller, a quiet bar area for a sit-down between tastings and an amazing atmosphere, I cannot sing the praises of Catford Gin Festival enough. Without a shadow of a doubt the organisers succeeded not only in bringing gin lovers to Catford, but also in bringing a more diverse audience to gin. And that is no small achievement.

It takes an awful lot of hard work to pull off this kind of event so huge congratulations to Forest Hill Gin Club and Team Catford. I sincerely hope they’ll be up for doing it all again in 2019 and I’ll be the first in line to wish them luck. Just nobody utter the words “break a leg” to Charley!

If I’ve whet your appetite, or you forgot to purchase something on the day, you can buy all the gins featured at the festival from Gin Float.

With thanks to Charlotte Rose of Forest Hill Gin Club for the complimentary tickets to attend the festival.