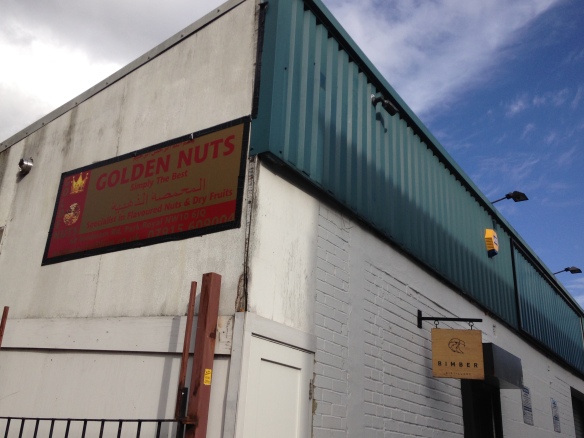 My father grew up in Acton but I’ve had no reason to return to his roots. Until now. At London’s Gin Festival I was lucky to meet Oscar Dodd, Brand Manager at Bimber Distillery, who invited me to visit their site in North Acton. After following the central line train tracks, which run incongruously though a peaceful cemetery, one descends into Park Royal Business Park; the largest in London occupying about 500 hectares. The park is home to McVitites and Heinz alongside a number of smaller industrial firms, as well as Amathus Drinks, Speciality Drinks and, of course, Bimber Distillery founded in August 2015.

Bimber takes its name from the Polish for moonshine, in honour of their founder’s heritage. However, in Poland, moonshine doesn’t carry with it any connotations of prohibition: instead it refers to cosy, cottage home-brews. But Bimber is not trying to replicate the drinks of their forefathers either, as illustrated in their logo, which features the eagle from the Polish coat of arms, albeit inverted, looking to the right and into the future, rather than left and back to the past. 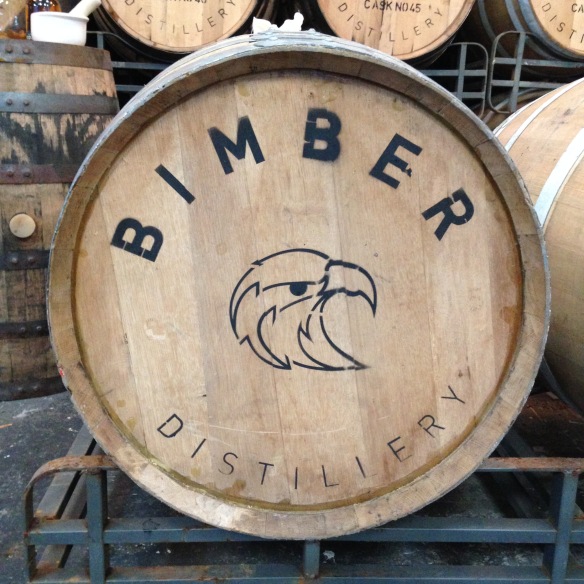 In homage to their heritage – the Poles have been producing and drinking vodka since the early Middle Ages – Bimber produce a range of fruit-infused vodkas as well as an oak-aged vodka and an exceptional London Dry Gin. However, they are now focusing their attentions, and their commercial dreams, on producing possibly the first London Single Malt Whisky for over a century. As a result their two stills, Doris & Astraeus, are currently running six or even seven days a week distilling whisky almost every day. While they hope to release a new-make spirit in early 2017, the Single Malt Whisky will be bottled from 2019 as the first casks were laid down in May 2016. 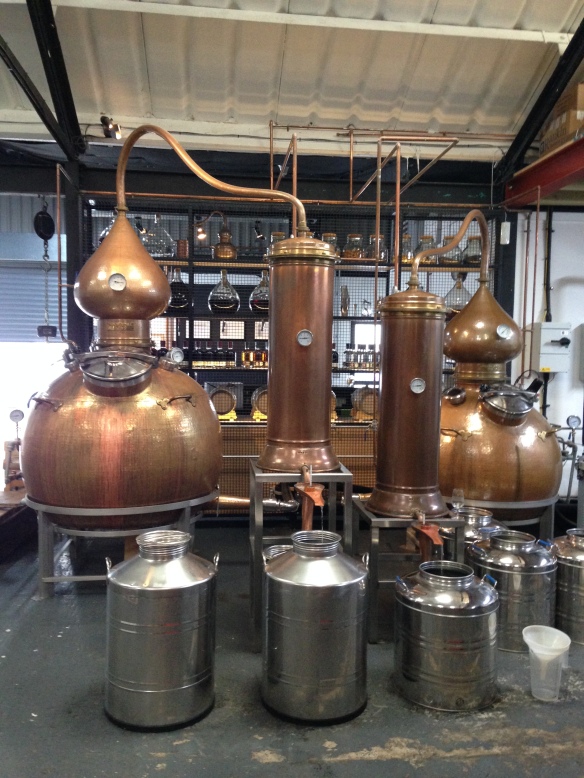 The Bimber Distillery is small but was, on the day I visited, a hive of activity with everything happening on site as nothing is outsourced; even the label was designed, and is applied to the bottles, in-house. The bar at the distillery is a thing of real beauty and reminded me of Sipsmith‘s home in Chiswick. Sadly Bimber is only open to trade at the moment but they have obtained permission for an on-site off license and for public events and hope to hold more consumer events from next year. I highly recommend you venture to Acton when they do. 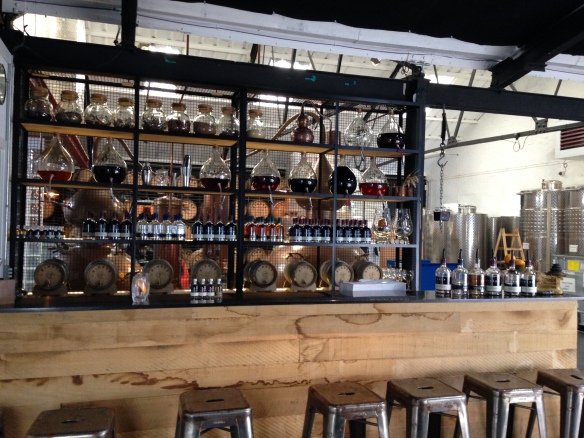 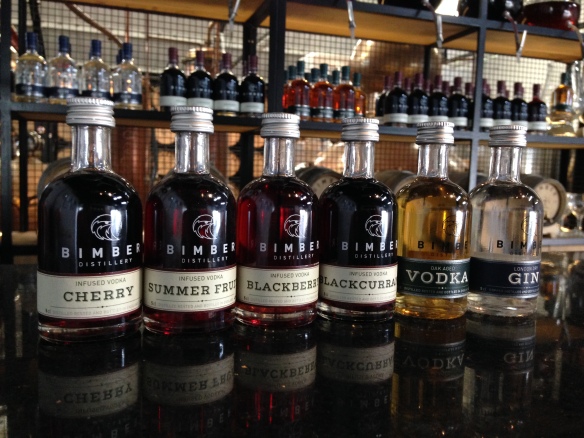 With thanks to Oscar Dodd, Brand Manager at Bimber Distillery, for inviting me to visit their premises.

3 thoughts on “A Bimble Around The Bimber Distillery”