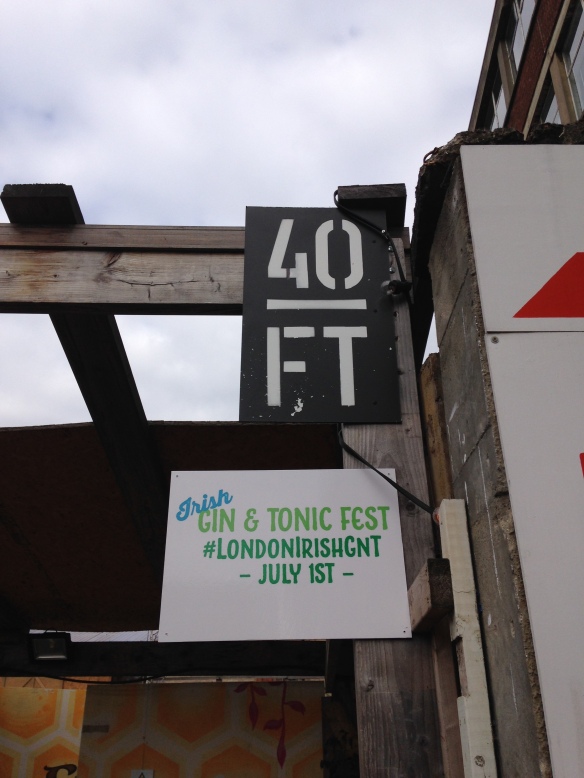 Think of an Irish alcohol. Chances are Guinness is the first to spring to mind. Or perhaps whiskey, which some claim was invented by Irish Monks. Irish coffees and poitín probably get a mention before gin. But, trust me, you can expect that to change. The Emerald Isle is home to a number of outstanding gin distilleries these days and they are starting to get the recognition they most certainly deserve.

Great Irish Beverages are the organisers of The Irish Gin and Tonic Fest; a nationwide summertime celebration of the best gins produced in Ireland. This year, they decided to share some of the craic with us folks in London and brought the festival finale to Dalston, East London with a little help from All About The Cocktail Ltd and A Drop of Irish (a new group dedicated to promoting Irish craft spirits).

The eclectic venue, awash with creative streaks of graffiti and a laid-back vibe, welcomed four gin distilleries to the home of 40FT Brewery and Cold and Blac Coffee Liquer. Each gin represented a province in Ireland and there were experts on hand (in most cases from the distilleries themselves) to guide you through a tasting before you could settle down with a G&T and something to eat. 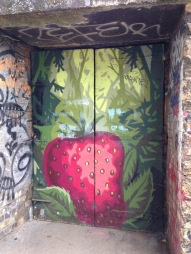 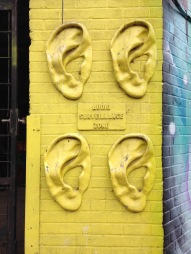 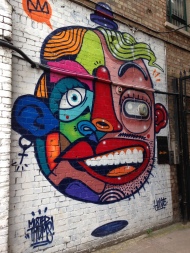 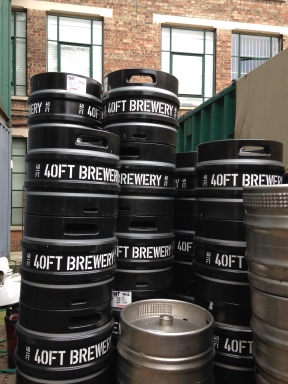 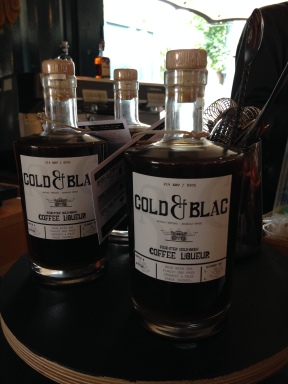 Ulster’s stunning Boatyard Double Gin, so named because juniper is both added to the still and then vapour-infused, was the most classic gin of the four at the festival although, alongside familiar botanicals such as coriander, angelica, orris and grains of paradise, it also features the less well-known, and locally foraged, sweet gale (or wild bog myrtle). Another to include bog myrtle in its botanicals is Dingle Gin from county Kerry, Munster. And that’s just for starters! This wonderful gin also lists rowan berries, fuchsia, hawthorn and heather in its Irish line-up. For a lighter, more summery gin, you could turn to Leinster’s Bonac 24 with notes of citrus, mint and star anise and a pleasingly long finish. 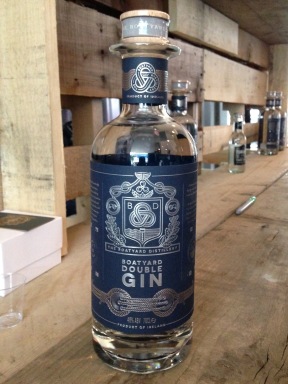 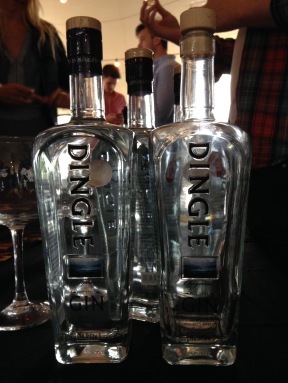 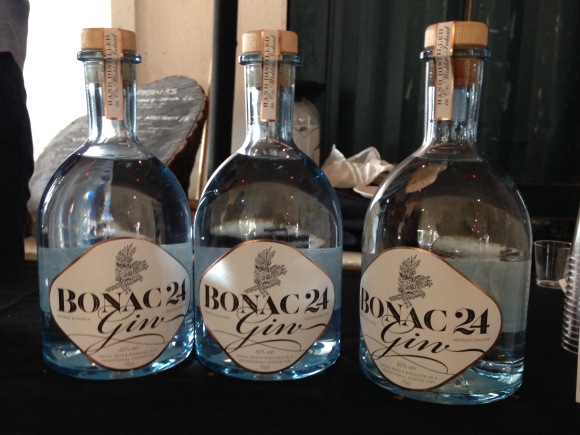 If I had to choose a favourite of the four, it would have to be Drumshanbo Gunpowder Irish Gin from Connaught. The bottle alone is simply stunning but with Chinese Gunpowder Tea, cardamom, caraway seeds, star anise and plenty of fresh citrus, it is a unique, punchy gin. 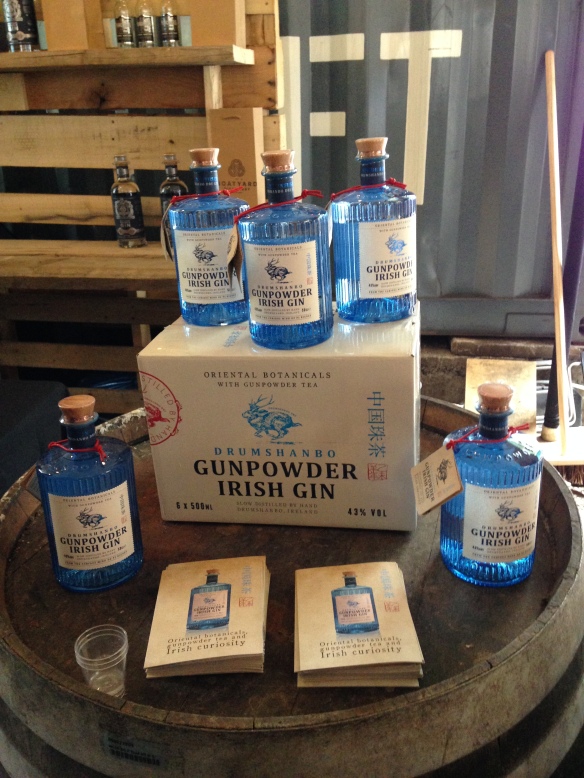 Of course the tonic had to be Irish too and Poacher’s Well rose to the challenge, although it was rather unfortunate that their Classic Tonic Water got stuck at East Midlands Airport, leaving only the Citrus Tonic to hold the fort. Equally, it would have been great to have a few more gins to sample, especially with so many other great Irish Gins making waves such as Bertha’s Revenge, Shortcross Gin and Blackwater Gin to name but a few. Hopefully next year the festival will return bigger and better but this was certainly a fine place to start. 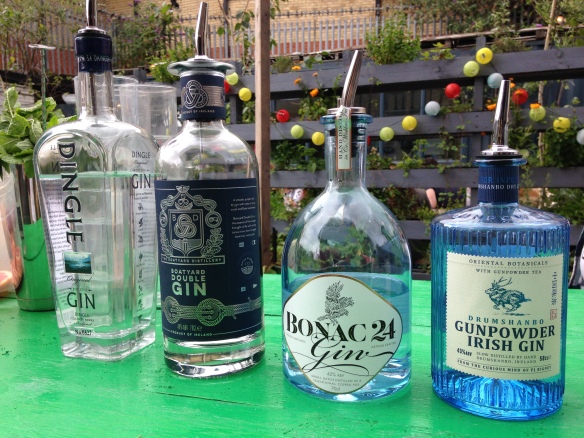 With thanks to Emma Stokes, The Gin Monkey, and Antoni Heatley of Cutlass Communications for inviting me to attend.