Charity gifts have been gaining in popularity since Oxfam’s first goat herds went up for grabs. Alongside this, we’ve seen an increase in brands that do good, and gin is no exception. There’s Ginerosity, the profits from which go towards helping young adults from disadvantaged backgrounds; One Gin, which funds water projects in the world’s poorest communities; and Graveney Gin, which gives 10% of its profits to conservation charity Gearing Up For Gorillas. But what if you’re looking for a gift that’s a little more generous or rather more tangible? Well, The National Trust for Scotland, the country’s largest conservation charity, have just launched the Love Gin Hamper and it could be just the thing you’re looking for for the gin-lover in your life.

The National Trust for Scotland is an independent charity established, in 1931, to preserve and conserve the nation’s natural and human heritage. The scale of this work is simply mind-boggling, with the Trust estimated to need over £90 a minute just to maintain the properties in its care. As part of their fund-raising work, the Trust has just launched the Love Gin Hamper which cleverly publicises their work as well reinforcing the charity’s conservation message and promoting some of the finest Scottish products on the market.

The hamper has been given a modern makeover and is presented in a small planter which the Trust hopes will inspire recipients to grow flowers, herbs or vegetables (although it’s a shame no seeds are included to encourage you to grown your own garnishes). It also comes with two tickets allowing a free visit to one of the Trust’s sites (worth up to £15.50 each and valid until December 2018) and their guidebook which also includes a car parking sticker for the Trust’s car parks (valid until 31 March 2018).

But what is there for the gin-lovers? Well, rather a lot actually. When you’re not planning your trip to one of Scotland’s amazing sites – such as St Kilda, the UK’s only dual World Heritage Site, or Culzean Castle, a Robert Adam-designed cliff-top masterpiece – you have a copy of Gin: Shake, Muddle, Stir to whet your appetite. This stunning book, written by cocktail connoisseur Dan Jones and beautifully illustrated by Daniel Servansky, features more than forty gin recipes alongside a little liquor history and guides to the world’s best gins and tonics, as well as cocktail gadgetry and glasses. Approachable and aesthetically pleasing, this book will guide you through everything you need to know, to make anything from a classic Gimlet or Negroni to a Naked Peach or Dickens’ Hot Gin Punch! 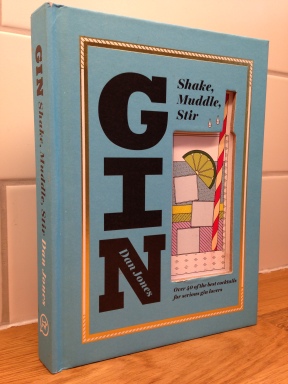 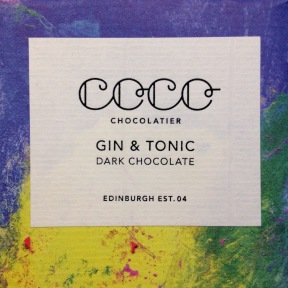 From the Scottish capital comes Edinburgh Gin. A classic London Dry gin in style (meaning it contains no artificial ingredients and has nothing but perhaps a minuscule amount of sugar, and water, added after distillation), Edinburgh Gin references its Scottish heritage with native plants such as juniper berries, milk thistle, pine and heather among its botanicals. In addition to this, the recipe also calls for citrus peel, lemongrass, lavender, pine buds, mulberries and cobnuts. A smooth juniper-forward gin,  this makes a cracking G&T with an orange peel garnish, though I have to admit I do prefer it with classic Fever-Tree Indian Tonic Water rather than the Naturally Light one included in the hamper. 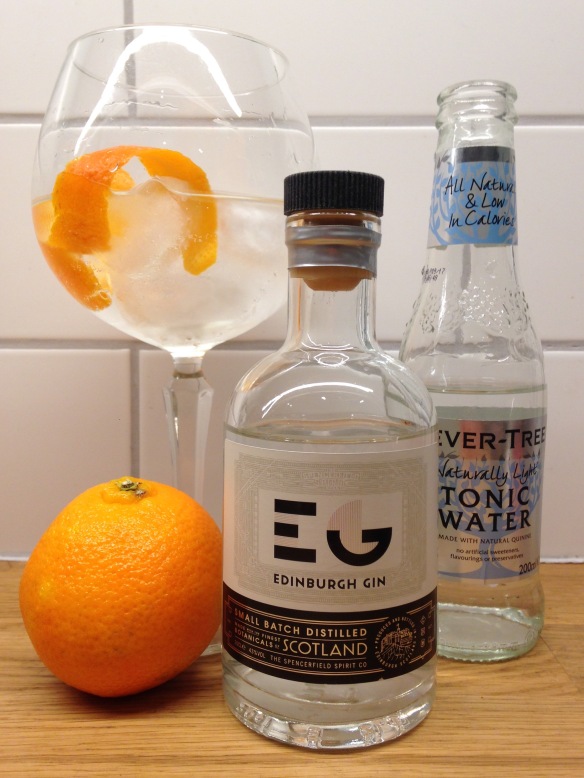 Representing the highlands and islands, we have Shetland Reel Gin, distilled and bottled on Unst; the most northerly inhabited island in the UK. From its inception, Reel Gin was intended to be a traditional style gin but one with a special Shetland twist.

Our aim from the beginning was to be inspired by our surroundings, using local botanicals to create a gin that is completely unique and embodies the place where it originates.

The Ocean Sent Gin included in this hamper was influenced by the seas that surround the Shetlands and features bladderwrack; a mineral-reach brown seaweed found on the coasts of the North Sea. Harvested locally, the seaweed is washed and dried prior to distillation alongside local apple mint, juniper, coriander seed, orris root, cassia bark and citrus peel. If you’ve not tried a seaweed gin before (yes, there are others, including Dà Mhìle and Isle of Harris Gin!), be not afeard; the seaweed adds a little salty note and enhances some of the other flavours but it is really pretty subtle. Although at 49% ABV the gin itself is rather robust and makes a great G&T with a wedge of pink grapefruit! 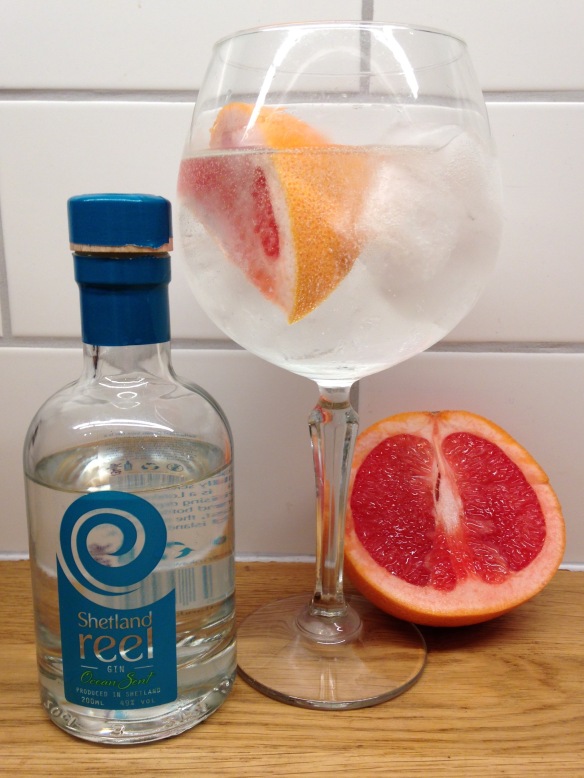 The more cynical among you might suspect this is little more than a case of jumping on the gin bandwagon. However, having previously worked for The National Trust for England, Wales & Northern Ireland, I can’t help but have a bit of a soft spot for its Scottish counterpart. And I genuinely think this is a well-considered, interesting gin hamper offering pretty good value for money too. It is just the sort of gift I’d be happy to send, or receive, and I’m sure all the Scottish gin-lovers out there, and lovers of Scottish gin alike, will whole-heartedly agree.

The Love Gin Hamper can be purchased from The National Trust for Scotland and costs£75.

With thanks to The National Trust for Scotland for the complimentary hamper.