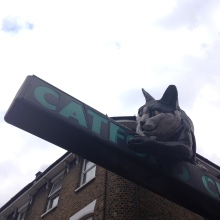 If there has ever been a gin festival in a more incongruous location, I’m yet to hear of it. The newest addition to the festival scene opened its doors in Catford in south east London; a priority area for regeneration in the Borough of Lewisham. More unusually, those doors opened into an empty retail unit located in Catford Shopping Centre, which was purchased by the council in 2010 as a sign of commitment to the transformation of the local area. And things got stranger still when you made your way into the bar on the top floor, which opened out directly into the enormous shopping centre car park where the festival’s street food vendors had set up stall!

Strange as the environment may have appeared, the welcome – from Forest Hill Gin Club and Team Catford – couldn’t have been warmer. And the distillers were on board too with a fun and friendly approach, including a t-shirt competition from Mean Gin, mini red snappers from Colonsay Gin and a decoding challenge from Turncoat. With a lighthearted approach, and incredibly competitively priced tickets, Catford Gin Festival proved popular; so much so that, on the Sunday, the organisers came perilously close to running out of their stunning copa de balon glasses. As for Old Bakery Gin, they were sadly unable to attend the second day, having sold their entire stock on the Saturday!

Catford Gin Festival is nowhere near the size of many more established events, but it succeeded in showcasing an outstanding selection of gins, almost all of which were represented by the owners and makers who were passionate and enthusiastic about showing off their wares. Some, such as Pothecary, may have been recognisable from other gin events but others were attending their very first event, giving visitors a real opportunity to try some of the newest spirits on the market.

For me, those new gins were undoubtedly some of the most exciting in the room. Harley House Gin won me over straight away with their mini Gin A Ding Ding bell but the gin itself struck the right note too. A distinctive and spicy gin from Sussex featuring cardamom, cubeb berries and ginger, it made a wonderful long drink mixed with ginger ale, chilli and peppercorns as well as an equally delicious G&T with grapefruit garnish.

With its beautiful bottle featuring a hand-drawn botanical world map, Far Reaches Dry Gin immediately caught my eye. A labour of love by husband and wife team, and keen travellers, Andrew and Emma, Far Reaches Gin contains five key botanicals each from a different continent; juniper from Europe, grains of paradise from Africa, kumquat from Asia, sarsaparilla berry from America and quandong from Australia. With a jammy flavour from the quandong fruit (something of a cross between a peach and a cranberry) and distinctive citrus notes from the kumquats this is certainly a gin worth seeking out.

I also enjoyed a couple of long and interesting chats with the chaps from HMS Spirits’ Mary Rose Gin and the team behind Turncoat Gin, both of whom showcased excellent spirits with distinctive designs and fascinating back stories. Having been lucky enough to return home with a bottle of each, I look forward to sharing my thoughts on both later this year. 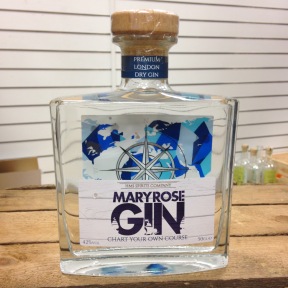 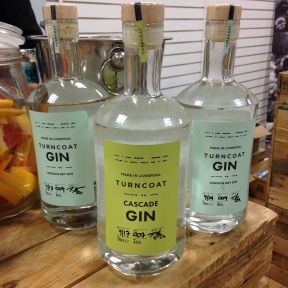 Whether any or all of these gins tickle your fancy is, of course, a matter of opinion – however, there was one gin in the room that truly set itself up to be the Marmite of the festival. Personally, I won’t be seeking out Skully’s Smooth Wasabi Gin again in a hurry, not least because it isn’t truly a gin in that it doesn’t really taste of juniper. That said, it is fascinating and someone is sure to love it. Personally, I couldn’t stop sipping it to experience the remarkably long finish, and the way in which the crazy flavours opened up. It had me utterly perplexed and intrigued.

As did the whole incongruous affair. But in a decidedly good way. If you’re wondering whether or not you should attend next year, I’ll give you the same answer I gave the friendly chap who asked me over a shot of gin: “so, should we do this again?”: “Of course you should!”. And if the Deputy Mayor of Lewisham can be persuaded, then surely you can too.

With thanks to Charlotte Rose of Forest Hill Gin Club for the complimentary tickets to attend the festival.