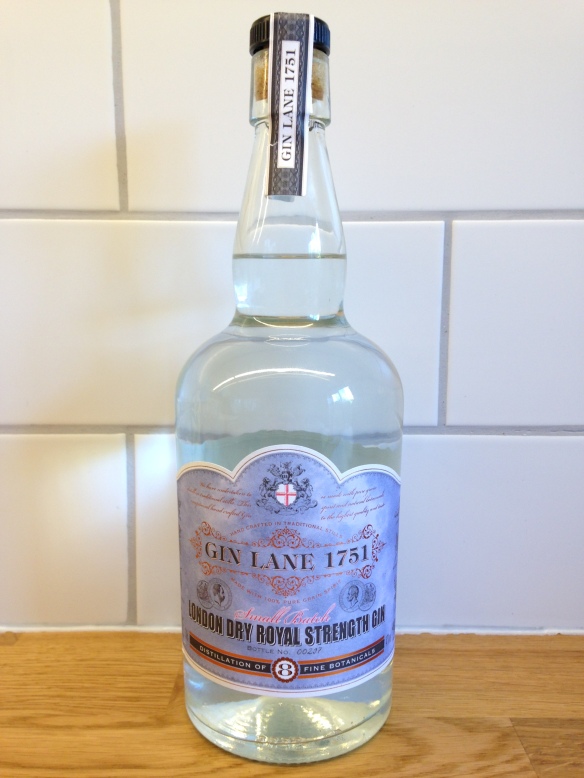 With recent reports claiming that us Brits are currently spending £1million a day on gin, and drinking 19million litres of mothers’ ruin annually, there is little escaping that we seem to be in the midst of a new gin craze. The original Gin Craze took place in the first half of the 18th century when gin consumption hit record levels, particularly in London, where it was estimated that one in every four properties housed some sort of distilling equipment. The Government was forced to introduce eight Gin Acts between 1729 and 1751 before the Gin Craze was brought under control, although not without rioting in the streets of London and a mock funeral for the spirit’s personification, Madame Genever! Then, as a consequence of new distilling methods, and the arrival of gin palaces on our streets, there was a gin resurgence during the Victorian era.  Launched in 2015, during this most recent gin renaissance, Gin Lane 1751 brings together all these moments in the history of gin.

The gin consumed in the 18th century was of the Old Tom style, laced with considerable amounts of sugar (and often also even turpentine and sulphuric acid!) to disguise the poor quality of the spirit. As income grew, and the cost of food dropped, people had both the opportunity and the disposable income to spend on gin.  The Gin Craze swept through the city and the slums and by the mid-1740s production had reached eight million gallons a year with consumption equivalent to every man, woman and child drinking two pints of gin every week!

Gin Lane 1751 references the famous work by William Hogarth of the same name. Essentially a work of propaganda, Gin Lane depicts a gin-ridden slum featuring at its centre a drunken mother, with syphilis sores on her legs, letting her child slip through her hands to certain death while she takes a pinch of snuff. This was not so far from the truth, however, as children were neglected, quietened with gin and even sold into prostitution. One of the most shocking, and infamous, stories of the time features Judith Defour who confessed to taking her daughter out of the workhouse, strangling her and leaving her naked in a ditch so she could sell the child’s new clothes to raise money to buy gin. Hogarth’s paired work, Beer Street, on the other hand shows its inhabitants as happy, healthy and rather well-to-do.

This campaign against the sale of gin culminated in the Gin Act of 1751, the last of the eight, which lowered annual license fees for respectable businesses alongside banning the sale of gin in prisons, workhouses and shops selling everyday staples. The Act also targeted the production of cheap, small-scale gin by banning any still with a capacity of less that 1,800 litres. Combined with the effects of the rising cost of grain, and a poor harvest in 1757, the Gin Craze was all but over. The Gin Act of 1751 transformed the image and reputation of gin and also created the conditions in which large-scale, commercial distilleries might thrive with Greenall’s, Gordon’s and Plymouth Gin all established between 1761 and 1793. By the Victorian era, gin had become a drink of respectability.

While referencing the events of 1751, which heralded the spirit we know and love today, Gin Lane 1751 really celebrates the Victorian gin-making period. New distilling methods introduced in the 1830s resulted in a better quality, and more neutral, spirit that no longer needed sweetening like the Old Tom style of the 18th century. The increasingly popular unsweetened gin became known, over time, as “London Dry Gin”. London Dry Gin does not have to be made in London (although Gin Lane 1751 is made in Clapham, southwest London) but it does have to comply with a lengthy list of regulations, including that it must contain no artificial ingredients and have nothing but a minuscule amount of sugar, and water, added after distillation.

Gin Lane 1751 came about through a partnership between The Bloomsbury Club, a group of gin lovers and drinks-industry professionals, and Charles Maxwell of Thames Distillers. Thames Distillers are contract distillers, only creating gins for others (which can cause some people to get a bit snooty) but Charles Maxwell, an 8th generation distiller whose family have been in the business since the late 1600s, has a wealth of experience having created and perfected hundreds of gins in his time. There are four gins in the range; London Dry Gin; ‘Victoria’ Pink Gin; Old Tom Gin and London Dry Royal Strength Gin. It is the latter I have received to review.

Gin Lane 1751 is presented in a stunning, curvaceous bottle with a beautiful label reminiscent of the style of the Victorian period. The gin is also based on the classic Victorian style when there was a bold predominance of juniper berries with a citrus finish.  Gin Lane 1751 features eight botanicals including Sicilian lemon, Seville orange and star anise alongside juniper which are all carefully illustrated on the bottle. 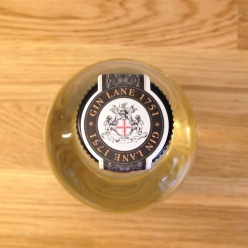 On the nose, Gin Lane 1751 is heavy with piney juniper and some lighter citrus notes. To taste neat, it is a smooth and full-bodied gin, not least because it has ABV of 47%. This is not a Navy Strength Gin (which typically has an ABV of over 57%) but the higher alcohol content (Gin Lane’s original London Dry is 40% ABV) is said to allow the botanicals to further release, resulting in more pronounced flavours. As one would expect of a London Dry Gin, the predominate flavour is that of juniper with fresh citrus on the finish, although there is also a warmth and a hit of aniseed/liquorice from the star anise.

Gin Lane 1751 makes a classic, clean and refreshing gin and tonic but the higher ABV does also make it a perfect, bold gin for cocktails such as Martinis or (the one I can’t wait to try) a French 75 with lemon juice, sugar syrup and Champagne. I must also add that, at £22.99 for 70cl, this is an exceptionally good value gin and one well worth adding to your collection!

Gin Lane 1751 London Dry Royal Strength Gin is available to buy from Master of Malt at £22.99.

With thanks to Gin Lane 1751, and Relish PR, for sending me a sample bottle of London Dry Royal Strength.