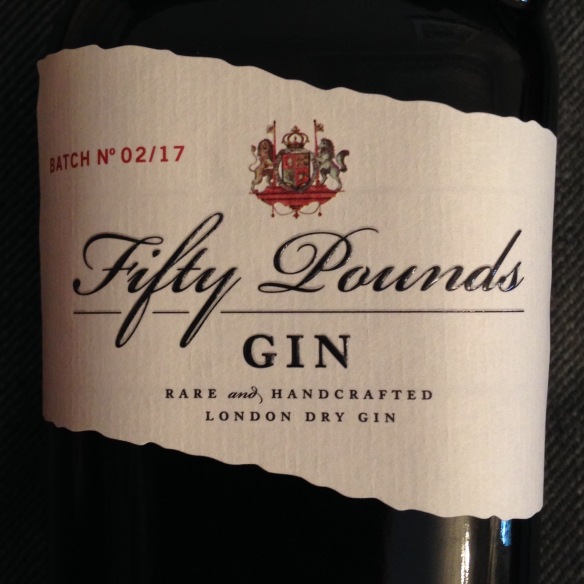 Launched in 2010, before the current gin craze took hold of the country, Fifty Pounds is said to be made to a centuries-old recipe dating back to the times of the first gin craze. The original recipe became known, ironically, as Fifty Pounds Gin in reference to the Gin Act of 1736 which imposed an annual levy of £50 on anyone wishing to produce and sell gin. The cost should have crippled producers but only two license applications were ever received and the gin craze, and the attempt to curb it, continued unabated for many more years! 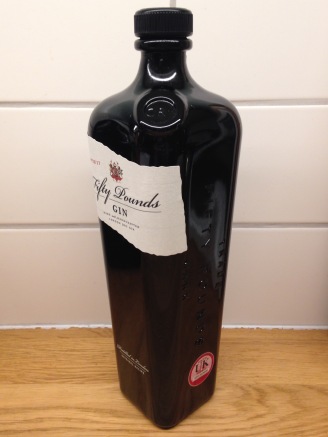 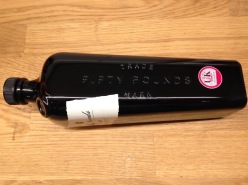 The multi-award winning gin is traditionally produced at Thames Distillers, in relatively small batches of approximately 1000 bottles, using a still manufactured by John Dore & Co. – the oldest distillery engineering business in the world. The main botanicals consist of juniper, coriander, orange and lemon peel, angelica root, savory, liquorice powder and grains of paradise. There are then a further three botanicals but those are kept a closely guarded secret.

The nose is pretty traditional with plenty of juniper but also a little sweetness to it. Neat, Fifty Pounds Gin is full bodied and dry with lots of juniper which opens up to citrus notes. I did also detect quite a bit of heat which I’m pretty sure came from the alcohol rather than any of the botanicals. A drop of water knocked the booze back and released some sweeter notes although the gin retained an earthy heart alongside the juniper and citrus. As a G&T it’s pretty satisfying; traditional and classic. It’s not especially distinctive but it certainly hits the spot. 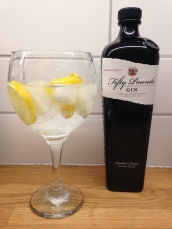 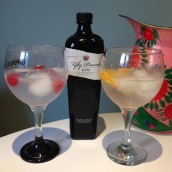 Fifty Pounds is a good classic London Dry Gin with some neat historical references and a fantastic stand-out bottle. But they have arguably been unlucky in their timing. The market that they pre-empted has exploded in the last few years – in 2017 alone, 49 new distilleries opened in the UK – and with so much competition out there, simply being good is no longer good enough. The gin’s traditional qualities will certainly appeal to those who want to know what they’ll be getting from their G&Ts but, even in that category, there are other gins that are just as good at a fraction of the price.

That said, late last year Fifty Pounds Gin announced their new Cask at the Back – a limited-edition gin aged in Pedro Ximénez Sherry casks for seven years – which perhaps points to a new direction and new determination. Only time will tell.

With thanks to Fifty Pounds Gin for the complimentary bottle.