1st April 2018: April Fool’s Day, Easter Sunday and the 100th Anniversary of the RAF; the oldest independent air force in the world and defender of the skies. As part of the celebrations – which will culminate on 10th July with a centenary service in Westminster Abbey, a parade in The Mall and spectacular flypast over Buckingham Palace – Spitfire Heritage Gin have partnered with The Royal Air Forces Association in producing stunning liveried bottles. A percentage of the profits from the sale of the bespoke bottles will also be donated to the RAF Association; a registered charity that provides welfare support to RAF personnel and their immediate families. 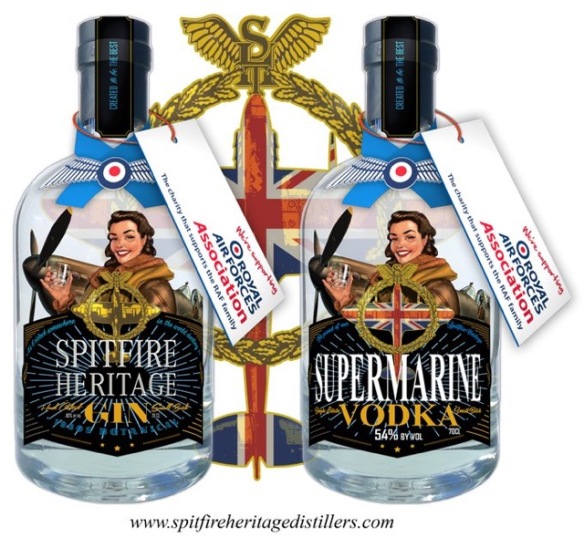 But is the gin any good, I hear you ask? Well, as a single estate gin – meaning they make their own spirit rather than buy it in – made by multi-award winning Master Distiller Dr. John Walters, it makes a fine impression even before you’ve taken a sip. In addition to juniper, almond, coriander and star anise, the botanicals rather romantically include borage for courage, rosemary for remembrance, English rose petals for the flowers of Britain and blood orange peel for those who paid the ultimate price.

The nose strikes me as pretty traditional, with plenty of juniper and citrus although I think I can also detect some more lifted floral notes. On the palate there’s a good piney juniper hit upfront which gives way to more savoury herbaceous notes dominated by rosemary. It’s smooth, well-rounded and clearly well-made too.

Though it’s good enough to drink neat, I’m a bit of a G&T lover at heart and, while rosemary would no doubt work as a garnish, I decided to try orange and star anise instead. This garnish quietens the more savoury notes and, instead, accentuates the sweetness and spice, bringing honeyed notes to the palate. Rich and aromatic, there is still enough juniper backbone there to please the purist. A delicious and well-balanced gin, this seems to work best with a lower gin-to-tonic ratio but can take a variety of garnishes to pull out different flavour profiles from its botanicals.

And let us not overlook the striking bottle which pays tribute to the women of the Air Transport Auxiliary. The ATA recruited pilots considered unsuitable for the RAF but, as a consequence, were at the forefront of social change by welcoming female pilots. Initially restricted to flying non-combat aircraft, the “Attagirls”, as they became known, were eventually permitted to fly most aircraft including the Spitfire – one of the most iconic and successful fighter planes ever built – from August 1941. More remarkably, the ATA women were, as long ago as 1943, the first to achieve equal pay for equal work from a British Government organisation.

In a time when there is an increasing backlash against sexist branding (particularly in the brewing industry), Spitfire’s bottle has been highly praised as an example of how it should be done. Illustrated by French cartoonist, and former pilot, Romain Hugault, ‘Bunny’ is way more than just a pin-up girl. She’s glamorous yes, but she’s also confident, characterful and in control, enjoying her well-earned post-flight gin. 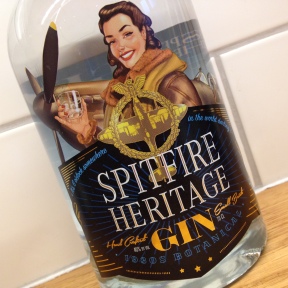 During World War II 166 women – one in eight of all ATA pilots – volunteered from Britain, South Africa, the United States, Australia, New Zealand and beyond. Of them fifteen women lost their lives in the air. As brand creator, Ian Hewitt, said:

“We have to remember, they often flew in dangerous skies, and they did it unarmed and without escort. If they encountered enemy aircraft, their only recourse was to out-fly them – and they did. Hats off to them.”

Hats off indeed and bottoms up! Please raise a glass of the good stuff to the RAF and also to the awesome Attagirls who together defended our freedom to live and love and drink gin with whomsoever we choose. After all, as is emblazoned across the Spitfire Heritage Gin bottle, “It’s 6 o’clock somewhere in the world darling!” 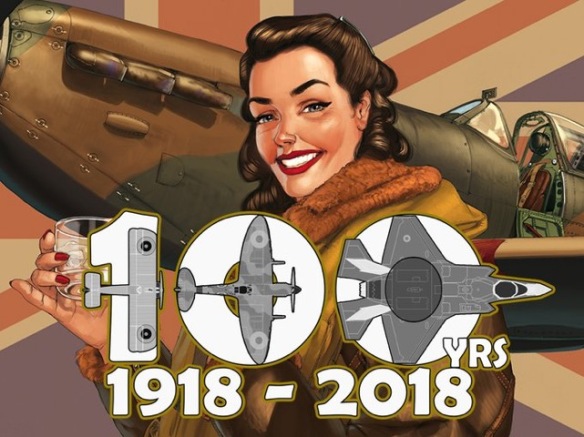 With thanks to Denise Mullen, co-owner of Spitfire Heritage Gin, for the complimentary bottle.